I’ve been pondering what I will remember this year for. 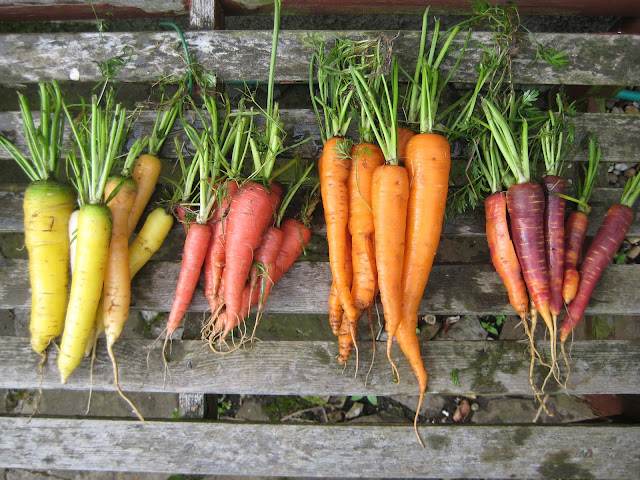 Carrot. A contender for best performer this certainly qualifies for ”most improved”. Previously I had abandoned carrots because of the root fly, but armed with fine nets last year saw some fly free results. The only problem was remembering to lift the nets frequently enough to catch the weeds before they smothered the carrots (assuming they had germinated in the first place). Emboldened by the absence of tunnelling bugs I bought 8 varieties of carrot seed and 2011 saw the best crop yet as a result of blanket sowing under three nets. Proof that if you keep on going (and weeding and sowing) some good will come of it. 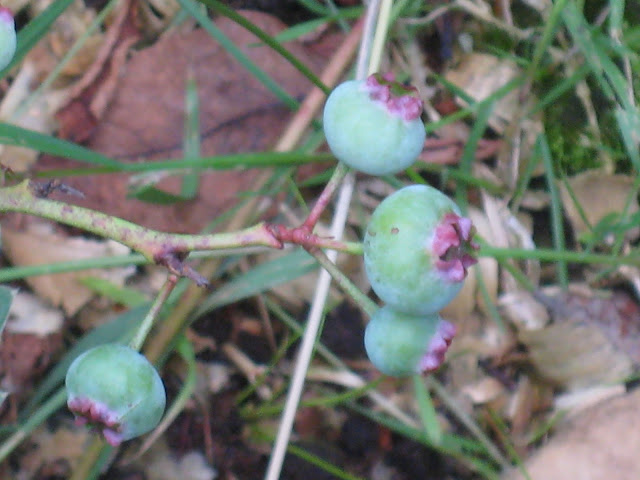 Blueberry. I was proud when my three autumn (2010) sown blueberry “twigs” survived the harsh winter and had high hopes of a bumper crop spread across the season. They could not have been more pampered. I buried a plastic liner and filled it with ericaceous compost, topped out the patch with an improvised metal cage with fleece for warmth and netting to keep the birds off. Whenever it was dry (there was a dry week or two in May in Edinburgh) I watered. End result 6 berries. There is some encouraging leaf and branch development so maybe next year they will come into their own(?). 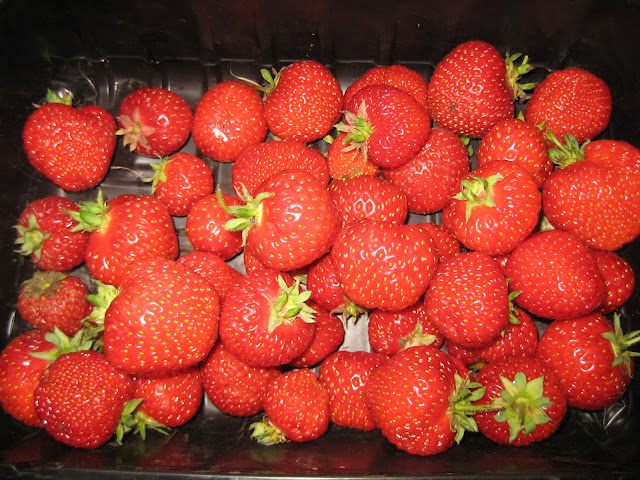 Strawberry. I planted out four new varieties at the plot. A dozen each of Cambridge Favourite, Florence, Judibell and a late entrant was “ever bearer” Albion. As with carrots and blueberries the target was blanket coverage from as early to as late in the season as possible. Things started well as our established “Honeoye” got into early production but the Cambridge favourite never seemed to quite ripen, the Florence were big but few. As the rains kept coming the slugs moved in and polished of the fruit there was before we could pick it. 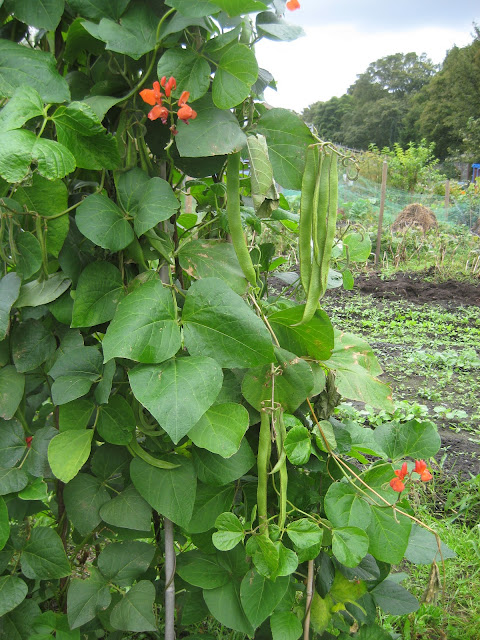 Beans. In fact 2011 has been a bad year for beans. Just too short a season and too wet. The runner berans cropped for maybe a month, the French and Italian beans never really got going. There's hardly anything for drying this year! 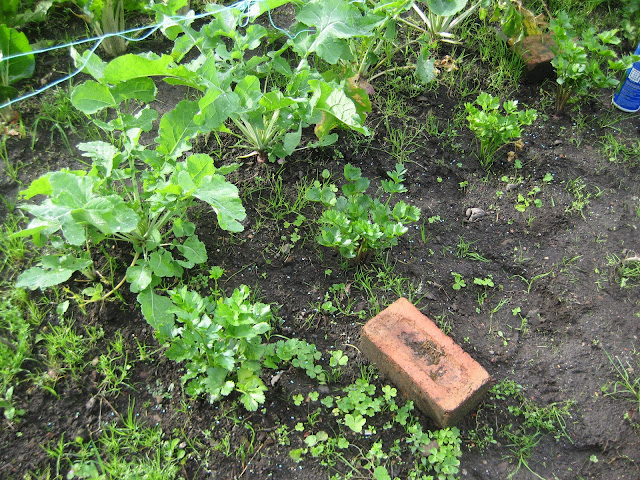 Celeriac  - should have been a surefire winner. Grown from seed early in the season the weather was good for them (wet). I haven't picked them yet because they are too small to bother with. An experiment I don't think I will repeat.

On reflection, considering the weather conditions and the havoc wreaked on the salads, strawberries, beans and other crops,   I think I will remember 2011 as the year of the SLUG!
Posted by Mal's Allotment at 21:56 7 comments:

Don't Be An Old Sourdough

﻿I have to record how proud I am of my latest experiment. I've been baking a loaf most days for the last month or two, but this one is different - it doesn't have any shop bought yeast in it! It's a sourdough made with "wild" yeast which gives it a generous acidic flavour.

Here's how it started out:

﻿﻿
And for good measure here's a rye flour cousin:
﻿
﻿ In the past I have been a purist about adding commercial yeast to sourdough, but nowadays I have become more pragmatic.  If the results are good (light, crusty, tasty) then commercial yeast is a perfeclty legitimate ingredient in my book. All the same it is nice to prove you can make a decent loaf without it! Also the flavour is addictive and you will find yourself adding some sourdough starter to all the bread you make to give it that lift that you don't get with supermarket bread. Once bitten...
Posted by Mal's Allotment at 23:13 9 comments:

Do you remember the new herb bed? Back in June it looked like this:
http://malsallotment.blogspot.com/2011/06/parsley-sage-rosemary-and-thyme-and.html﻿
but now each plant has run its course for the first season. Some have flourished and disappeared (Fenugreek, Chervil and Summer Savory) Others have established themselves (Rosemary Sage and Thyme) but the cuckoo in the nest has been the Sorrel! I've sown some more at the plot and I am going to dig this patch up. Anyone know any good sorrel recipes? 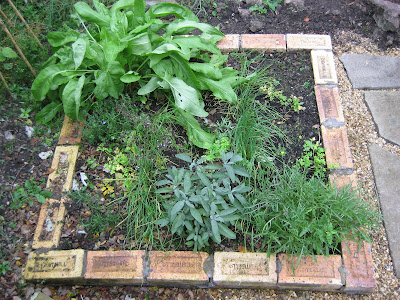 All in all I am delighted with the new "parterre". As you can see from the picture below the loose leaf lettuces are turning into pagodas while the wild rocket is going wild.  In the background my outdoor tomato experiment has returned a negative response. Not one fruit. Not to be repeated. 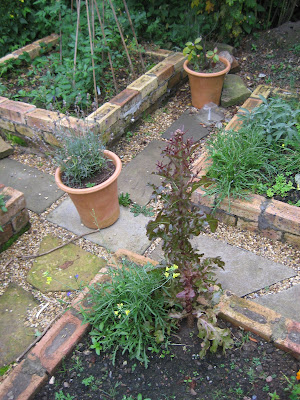 On the plants with some protection (my plastic greenhouse)  fruits have appeared.  The Sungold cherry tomatoes have been enjoying the indian summer. The second variety (Harbinger) has even put on a late spurt to produce one ripe fruit! 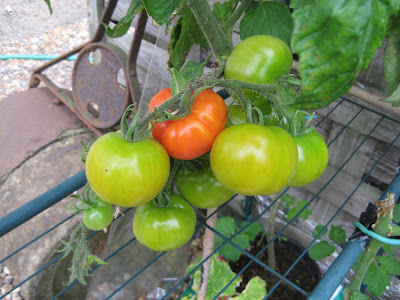 ..but there's plenty more for the green tomato chutney! 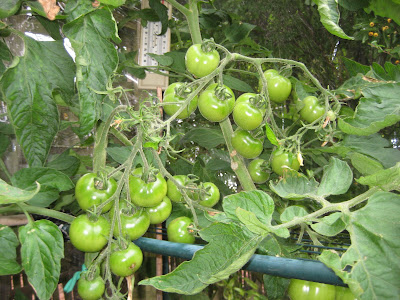