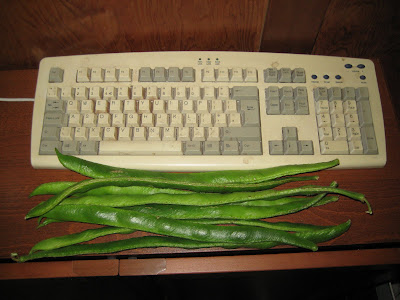 Here are some Wisley Magic I grew just because I had some seed left over from last year. They don't taste as good as White Lady which has been this year's staple, but they are impressive! The White Lady are still flowering (see below), and producing beans for the table with the suplus going in the freezer. 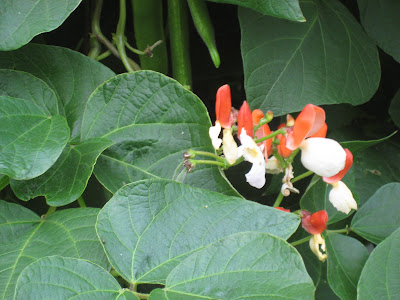 Posted by Mal's Allotment at 17:18 No comments:

Never had such good fennel! 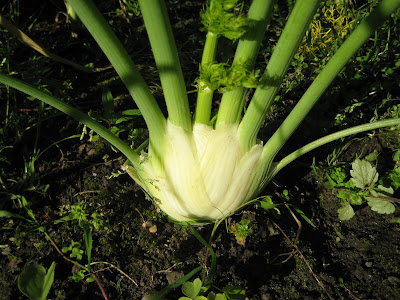 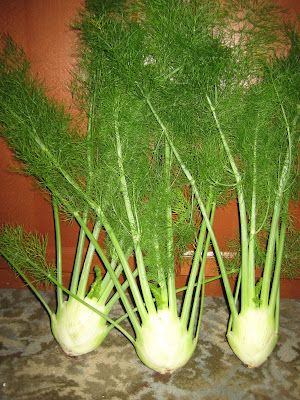 This second row has surpassed the first by not bolting. I guess it is down to the time of sowing, having sufficient nutrients in the ground, and the wet summer! Ordinarily we would just have it in salads but we have extended to braised fennel this year (and it was really good).

Well the gardening calender is drawing to a close. The runner beans are cropping by the shedload, the spuds are half lifted, the two remaining courgette plants (a third withered) contine to produce a steady stream of fruit. The earlier leeks are coming on stream and there will be cabbages, brussels, kale and more leeks to keep the table supplied over the winter. The fennel has been the 'most improved' with a second row looking fat and bulbous without bolting! There will also be beans for drying. So while there is a bit of cropping to be done before the cold winds of late September and the cold nights of October stop production completely the hustle and bustle, the heat and strain of summer are abating. 2009 has been a good year for nature watering the veg (and that's the third year in a row like that) so you won't find me complaining about the 'apalling British summer. I hsve some snaps still to post but I am now putting the blog into hibernation for the winter.

It's been a really good influence on me because I have been forced to think about what I'm going to do in advance. I've also had to listen to my own advice and test out the platitudes that I have picked up over the years and recycled. I'll admit to selectivity with my photos, but the shame of hiding the weeds from view has had a really good motivational effect and as a result I am sure I got more return than in any previous year. So thanks!

My recordkeeping has rather tailed off and I regret this, although photographs are easy and accurate they are not a substitute for a good gardening diary. Perhaps next year I will at least do some of the following:

Record the number of hours spent strictly.
Record the cash outlay.
Change the variety of crops to include items we use more of - eg parsley
Adopt more strict strategies for limiting disease - eg onions at greater distances, carrots with enviromesh to keep out rootfly.
I might even put something into the allotment show next year! No I think I will continue to grow for the table.

If you've got any suggestions, feel free to comment.

In the meantime all the best for the closed season.