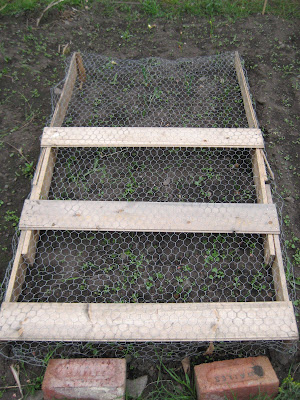 Just recently all the activities at the plot have not been very photogenic. There's been path maintainance (weedkilling, grassstrimming and I have sourced some bricks for building up of the the internal path) Otherwise the weeding has started to become a necessity. So my weekly hour or two at the plot has become a wrench between planting and sowing, and maintainance tasks.

To make up here is a retrospective on my onion experiment. The patch has had just a few casualties, but the area under the wire netting has had considerably better results than those in the open. I think the extra shelter afforded by the frame might also have helped increase the rate of growth. Here's a couple of examples of the phenomenon I previously described. 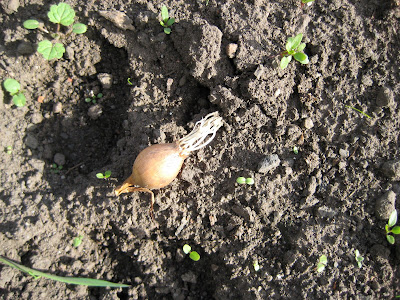 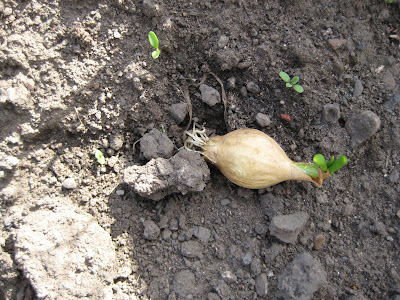 These are not lost causes as a bit of excavation and replanting can re-establish them, but there was evidence of at least one being completely uprooted and deposited in a neighbouring bed. I suspect others have disappeared completely. So some animal is tugging them out. Probably a bird, but maybe a mouse or other rodent.

There have been some losses from the broad bean rows as well, but somehow I am more accepting of this and plant some extras to transplant into the gaps 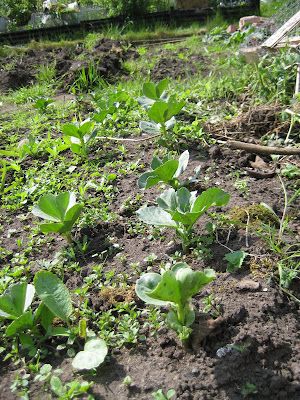 Also there are tell-tale notches notches out of the leaves suggesting there are bean weavils at work, but the plants are robust enough to shrug off this minor damage. I will keep an eye on them.
Posted by Mal's Allotment at 23:01 No comments:

Back to basics. Here's the same view as on my first post: 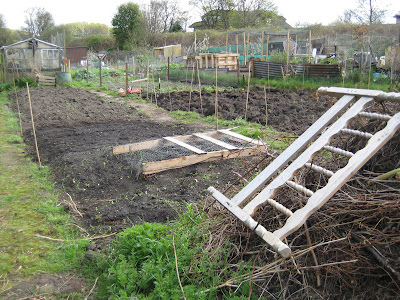 The difference is that the roots patch (to the right) has room for just 1 more row of potatoes. The 'Others' patch has been started in earnest, and there is chicken wire around the brassica patch (the brown posts in the distance) in readiness for planting out seedlings which have now been sown at home.

Here's a different view of the 'roots' zone with the brassica zone beyond it: 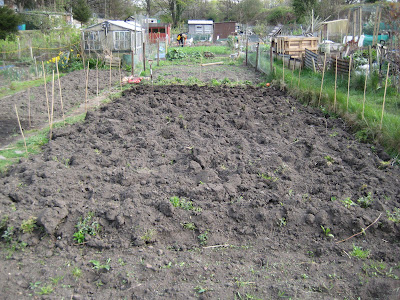 For the record the rows of potates (from furthest to nearest)are,

There's a lot going on in the mini greenhouse: 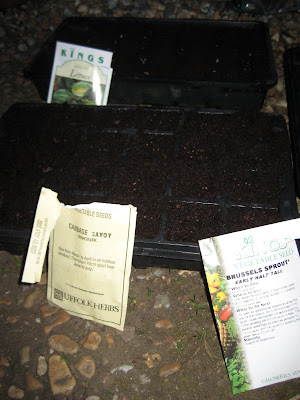 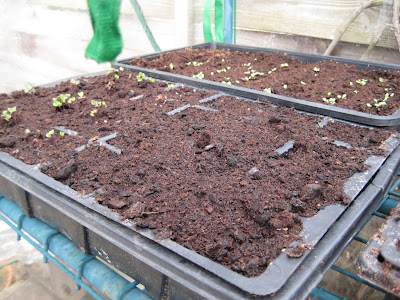 Posted by Mal's Allotment at 22:17 No comments:

There's a lot going on... In the house 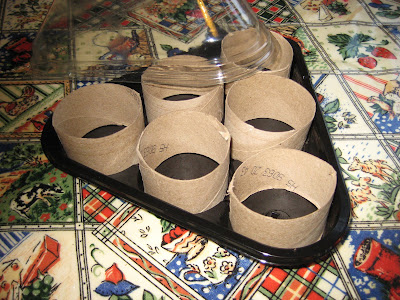 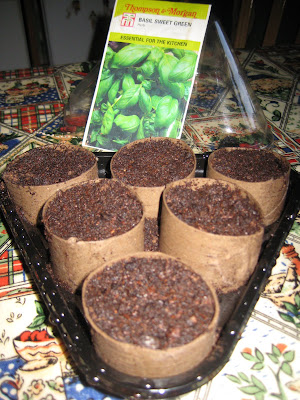 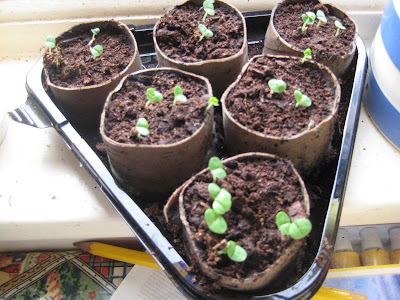 Posted by Mal's Allotment at 20:32 No comments:

A progress report on the leeks: 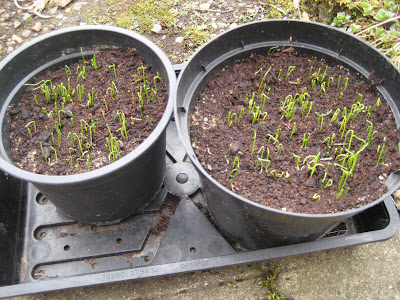 From my entry of 15th March I reckon they are 20 days old. 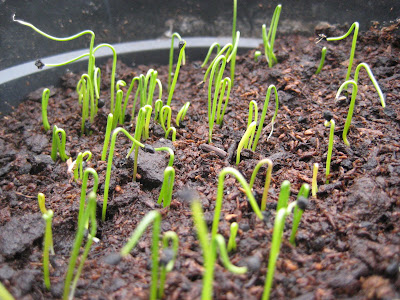 And here's my secret weapon for the brassicas. More details to follow: 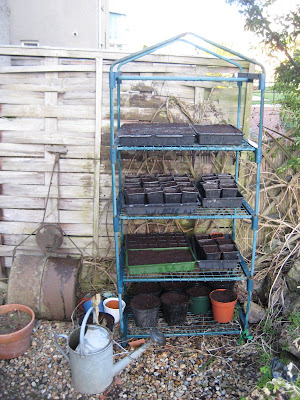