Coriander has become a bit of a thing with me. Fresh coriander leaf is that extra thing that transforms a good curry into a special curry. We get through quite a lot of bought coriander, and sometimes end up wasting it as it doesn't keep long in the fridge once picked. So we would love to have our own fresh supply from the garden to pick at will. 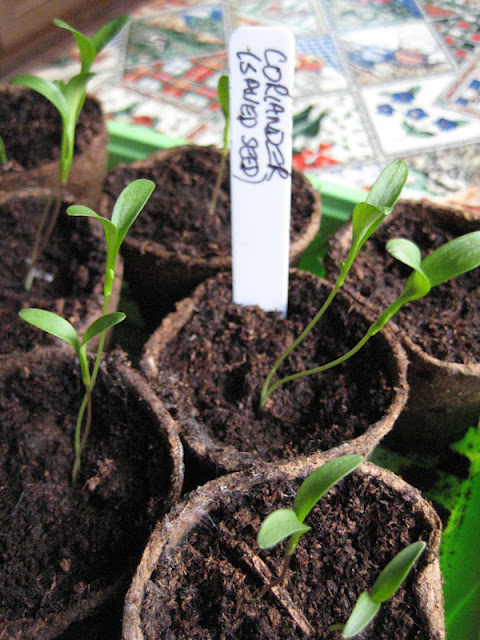 Last year I had limited success. As always it quickly went to seed. I want to grow for leaf rather than seed. I'm relying on keeping my plants well watered in a rich soil mixture and doing later sowings as well. Last year a couple of stray plants on the plot lasted well into November, much to my surprise. Despite the association with warm climate curries the plant seems to prefer lower temperatures. The thing about coriander seed is that you always get two for one - as you can see from the pictures above. Each seed is two seeds bundled together inside a coarse husk. Perhaps this is the reason some people recommend bruising the seeds before sowing. 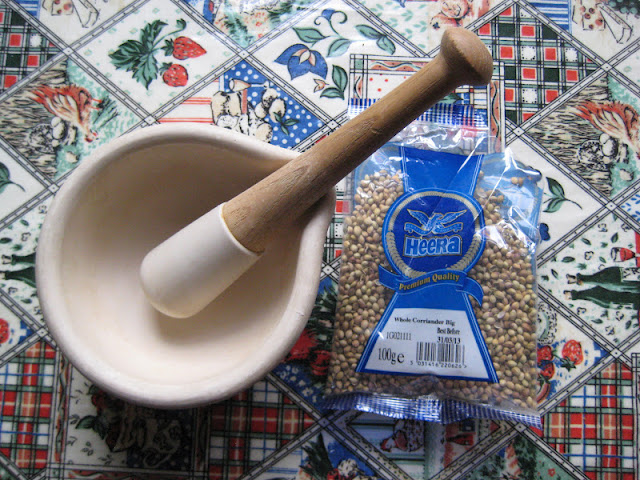 I've never tried this before - but here goes: 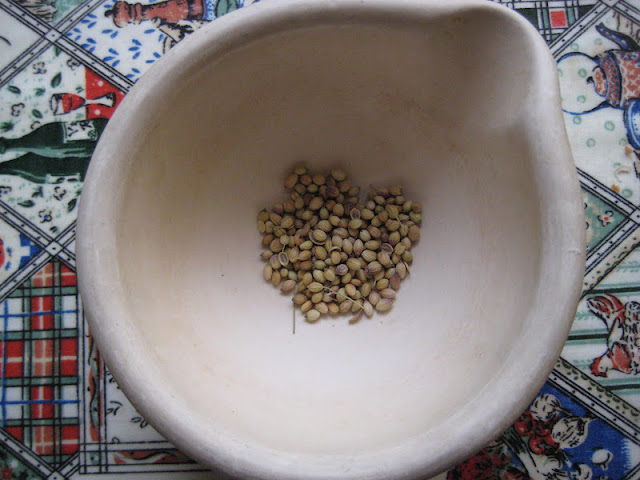 It may be that the variety I am growing is not a good leaf producer, as it has been grown for seed. So here's another ploy I have read about but never tried before.  I've bought a pot of supermarket "growing" coriander. These have definitely been grown for leaf. I'm going to transplant these and wait for them to go to seed. Then when I sow the seed next year I'll be growing the same variety for leaf!! 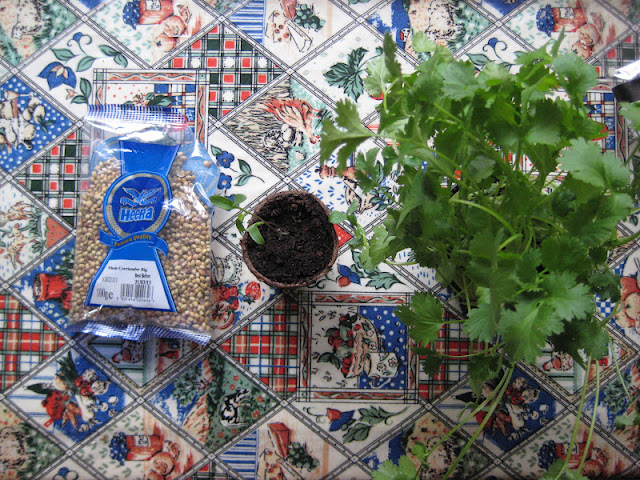 And it looks as if the supermarket growers don't bother about preparing their seeds. As you can see they're coming up in twos. 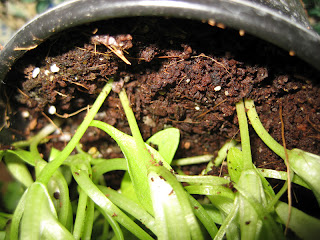 Mal’s Allotment  has been shortlisted  for “The Top Gardening Blog Award” being run by eCollege.  Having no idea previously who they were, or how I came to be nominated, I am nevertheless truly flattered to get such positive feedback.


Looking at the other nominees, at first sight few, if any, are devoted exclusively to allotment vegetable growing. I’m going to need some support to make any impact against the competition. Please visit the site (click on the badge top right) and register your vote for Mal’s Allotment! (Note only one vote per visitor) 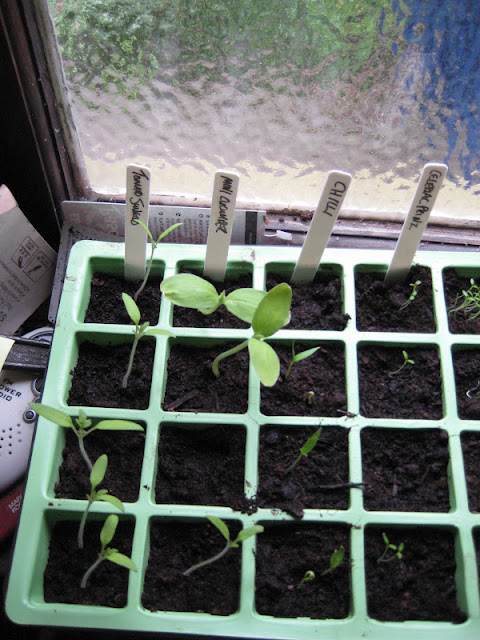 (And yes Tany - those are celeriac. I decided to give them another shot with a different variety)
Posted by Mal's Allotment at 23:52 6 comments:

The kale at the far end and the spinach beet in the foreground won't last much longer. I picked both hard. Together with rhubarb and leeks I had quite a haul  to take home.

Pride of place has to go to this snap of a woodpecker I took on Easter Sunday! I've heard him at work before and even caught a glimpse but this was amazing!

﻿
﻿
For anyone asking about the rhubarb blanching, here's a picture of the clump after two pickings. It's looking a bit sorry for itself and I will now be removing the bin, but you can see how it contrasts with its neighbours (who were blanched last year). 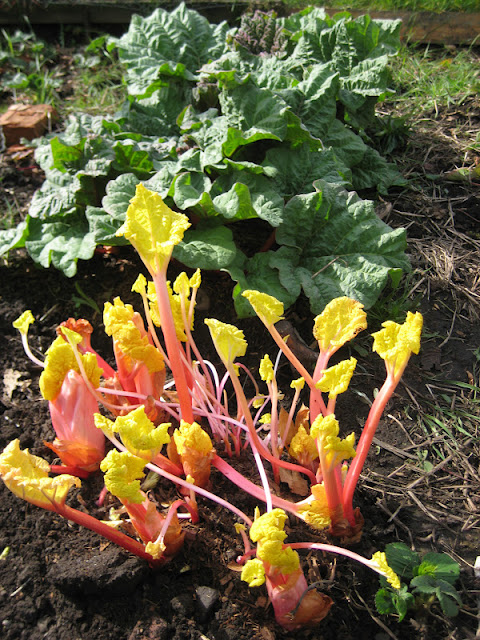