Thought it was time to get back to basics. Here's the state of play today: 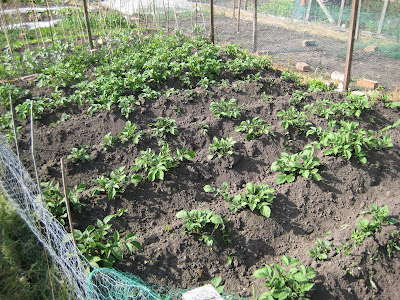 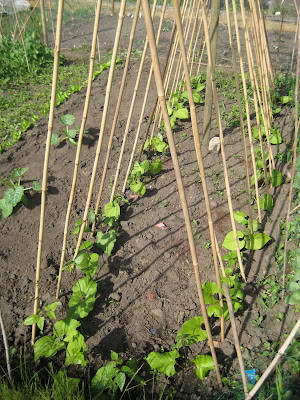 More beans and behind them peas. They look a mess because the twiggy supports are a mess 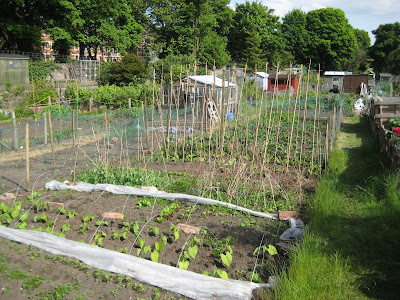 The view from the end. Behind the rhubarb, all you can see of the early leeks (to the right) is the holes. They're not as big as Matron's but believe me they are there - soon to be joined by the late (Musselburgh) leeks. 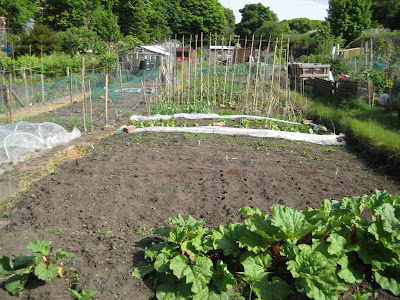 Last but not least, as I've been working on this today, is the brassica patch. Not much to look at yet, but the defences are up so transplanting can start. 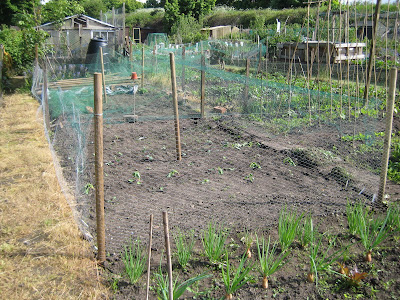 Now bad news. I've bought in six different varieties of tomato (which in a couple of wet grobags have been anchoring down my plastic "walk in" green/Wendy house ) . Of the six one has been causing me concern: 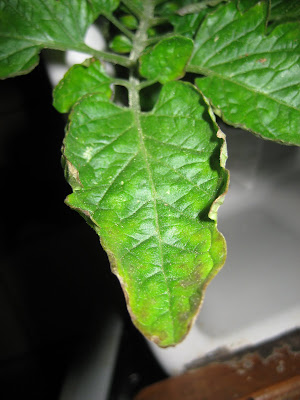 Today I steeled myself and chopped the offending plant down. It looks like blight, to me. If the rest go the same way I won't be growing tomatoes again. (I last grew them about 15 years ago)


Now something almost miraculous. Here's a picture of our apple tree. About four years ago we squished our Christmas mistletoe berries over the bark of our apple tree, more in hope than in expectation. We watched. Nothing happened. Lo and behold I was spending part of my bank holiday removing the under/over growth from our back lot when I spotted these non characteristic apple leaves - Cue the Allelujah Chorus... 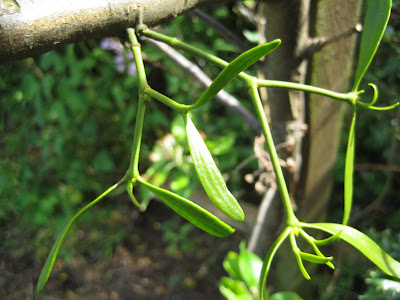 Here's Edinburgh Castle and the Firth of Forth just discernable in the background, taken while walking the dog this weekend: 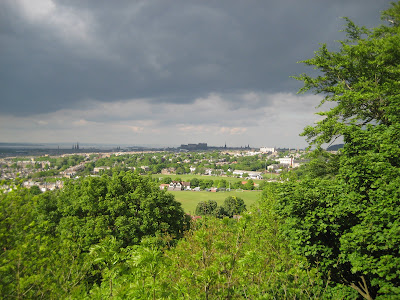 Last of all. I'm throwing away my "instant" pH tester. It's been telling me the soil is acid, no matter how much lime I've put on it. This week I finally got around to doing the chemical test for the first time ever. The result looks pretty clear to me!

Boy going back to work is going to be boring tomorrow.
Posted by Mal's Allotment at 23:48