Get Down and Boogie 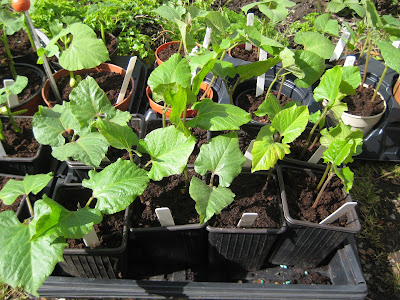 The "score" is like a school sports day. The winner gets 8 points, second 7,down to 1 for last place (but 0 for non finishers). If there's a dead heat for any positions the points allocated for each tied position are shared equally amongst the tied competitors. There were some non starters. All the pea beans failed(!) so my trial sample was down from 88 to 80. Six of those remaining failed. I've adjusted the average score for each orientation group to remove failures (as these might be down to other factors).

Still the Downs are the clear winners. In fact two of each other group failed, but none from Downs. So either Downs are clear winners, or less emphatic winners but less likely two fail. My view is that I have two reasons to sow my beans scar side down in future. 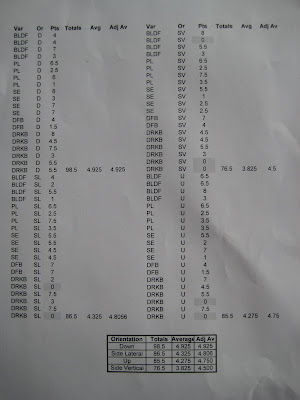 Hope you enjoyed my little experiment. It was fun, but I'm relieved its over - and produced a result. (Anyone who knows enough about statistical significance is welcome to pick up the analysis for me.)
Posted by Mal's Allotment at 20:02